Junichi Sato‘s magical girl fantasy series Princess Tutu just turned 15 this year and brought with it a new orchestral concert in celebration of the series’ soundtrack. If you who couldn’t make it out to Mitaka for the orchestra, fear not. One of the most complete and thorough versions of the anime’s iconic musical score just hit store shelves on December 19. 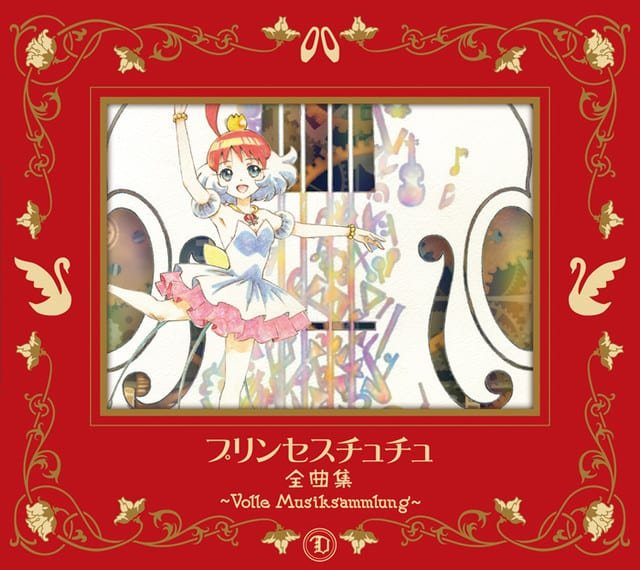 The new six-disc collection is titled Princess Tutu Full Music Collection: Volle Musiksammlung and features a total of 122 tracks from Ritsuko Okazaki‘s opening theme “Morning Grace” all the way to compositions by the likes of Tchaikovsky and Mendelssohn. The series’ original score by Kaoru Wada is also included. The CD collection also features the artwork of Princess Tutu’s original character designer and creator Ikuko Ito, and this is only the beginning of the surprises that this latest offering has in store for fans.

Customers that pre-order the set from certain shops will receive additional incentives and bonuses, such as an A3-size poster as well as tickets for a Princess Tutu talk event currently set to take place in Tokyo on February 3, 2019. Kaoru Wada, Ikuko Ito, Junichi Sato, and Yasuno Sato are all expected to be attending the event.

The Princess Tutu anime series was re-released in a 15th anniversary commemorative box set in Japan back in August of 2017. This limited edition release featured a bonus CD, as well as a 280-page special booklet that went in depth on various aspects of the show’s creation, and an additional 32-page booklet introducing the show’s various characters and musical scores.  Prior to that, the series was released on DVD by AEsir Holdings in 2016.

The story of Princess Tutu follows 13-year-old ballet student Ahiru, a clumsy, good-hearted and sweet girl with a big secret. The mysterious Drosselmayer transformed a youthful duck into a girl in order to give her a mission: assist a Prince getting the pieces of his heart back. With that in mind, she transforms into Princess Tutu, whose magical dances ease pain and purify negative emotion.

Princess Tutu’s latest soundtrack is now available in the AnimexMusicxShop!

KonoSuba – God’s blessing on this wonderful world!! will be holding an orchestral concert less than a month away on February 3. The event will be…